The Biggest Microsoft Dynamics Stories for 2018 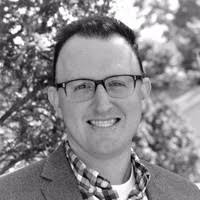 Jason Gumpert is a blogger and the editor of MSDynamicsWorld.com.  A couple weeks ago he released an overview of the top news for our Microsoft Dynamics (i.e., Business Central, and one-time Dynamics NAV) users and followers.  We’ll quote a few of his key takeaways today.  Like…

One thing we can count on… change and progress at an ever-increasing rate is in our future.

Oh, and that cloud thing: yeah, it’s here to stay.

Back to Knowledge Bank

What’s Next for Microsoft Dynamics NAV?

Today’s post will be primarily of interest to users of Microsoft Dynamics NAV, particularly those who haven’t upgraded in... read more

As long-time resellers of one of the business accounting software products known as “Microsoft Dynamics” we ask readers to... read more