The Future of Computing is Quantum 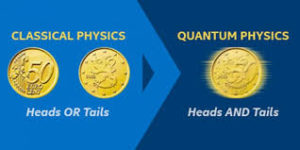 We’ve written here before about the powerful capabilities of the emerging science of quantum computing – the idea that computers using the properties of sub-atomic particles can perform calculations many orders of magnitude faster than the speed of today’s computers.  This opens entire new worlds of computing power, and of course, potentially failsafe encryption.

According to The New York Times, China is moving forward at a rapid pace, working on building the first actual quantum computer while focusing on “encryption that relies on the same concepts from the world of physics.”  That raw power could break current digital encryption, putting at risk everything from billions of dollars in e-commerce to national secrets in government databases.  Thus, the race is on for quantum encryption to protect data too.  Quantum encryption would make it evident if a message had been intercepted.

As John Prisco notes in the TheHill.com, this has to be a national priority and could turn out to be “as important as previous national contests such as the arms or space race.”  China has invested “tens of millions of dollars building networks that can transmit data using quantum encryption.”

Others think the fears are overblown, since there are currently no functioning quantum computers.  Indeed, there are “gargantuan technical challenges” to be overcome and researchers have been saying we are 20 years away for 20 years now, according to Mikhail Dyakonov in IEEE Spectrum.

But most experts are not so pessimistic about quantum.  Martin Giles in the MIT Technology Review says our nation needs to be prepared, and a recent report from the U.S. National Academies of Science, Engineering and Medicine says “we need to speed up preparations for the time when super-powerful quantum computers can crack conventional cryptographic defenses.”

In the end, the biggest challenge may we be developing quantum-proof standards and then getting industries to upgrade their hardware and software to meet them, according to a recent tech article in The Week.  “If hackers get their hands on quantum-computing technology before there’s widespread quantum encryption, the result could be a security and privacy nightmare.”

Just what the world needs to worry about now.

Back to Knowledge Bank

As we come to the end of September, 2016, there’s a lot of talk in this political silly season... read more

Industrial automation continues to progress, and nowhere is that happening at a faster clip now than in China. Robots are... read more

The Myth of Going Viral